Not making excuses but….

It’s been too long since i last posted, but i have been busy and writing was the last thing on the list so i apologize to anyone who’s following the blog. 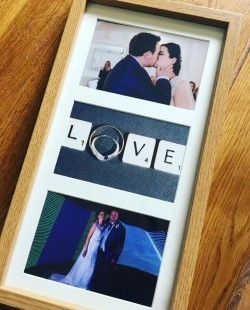 I have to go back to Easter weekend, when i shot the great wedding of Rachael and Stefan Long at http://www.woodhallmanor.com a fantastic venue which I’ve worked at before but it’s always a pleasure, the staff are superb and wedding coordinator was an awesome young lady by the name of Rhea Harrison who went above and beyond, I’ve never known a wedding planner to still be working when I’ve finished before.

It was also the first wedding that I’ve used the FujiFilm Instax at, it worked out really well and was (hopefully) a nice little extra for the bride and groom at the end of the day.

I did however learn it’s best not to use one during a wedding service, as it turns out they are a lot louder in a silent room, that’s a lesson learned!

The following week, including the bank holiday Monday was taken up with editing, as the groom was leaving for China the Sunday after and i said I’d try to get the photos delivered.

It was tight, with the full day on the bank holiday i managed to deliver, something that i never intend to do again, it was far too quick a  turn around, my brain and eyes nearly gave up on me a couple of time, was a quick way to feel like a zombie though, so every cloud.

The other reason for pushing so fast was that the following week i was going away for a short holiday in Malaga, which was a much needed break, it’s a great city, plenty to see and do, and when i get round to the photos I’ll put some up here and on the fb page.

Since being home my wife has not been well so I’ve been doing my bit to help her recovery, which is now complete and so i can start getting back to as normal as can be.

Wedding meetings are starting to build up which is great and I’m looking forward to shooting those days too.

Very soon I’ll be back at the Copper Box for The England Handball Finals, always one of my favourite days of the year and for 2017 it’s on a Sunday so there’s no excuse not to pop along and give it a look on the 21st of May.